According to Sellhousefast.uk, generally enthusiastic British smart home technology adopters rate non-work related technologies far less highly than those associated with entertainment and leisure. While the majority of Brits believe the lounge (72%) is the room in the house which is best suited for smart technology, devices such as ‘Video doorbells/security systems’ as smart technologies as most appealing to Brits, with 47% planning to purchase either one or both within the next two years.

Burdened by stress and a lack of time, Brits now more than ever crave convenience and speed in various aspects of their lives. One area where this is particularly true, is within their home environment. Individuals are therefore gradually adopting smart home technology which they can remotely control through their smartphones and tablets to facilitate a ‘connected home’.

The convenience of equipping the home as a workplace doesn’t feature strongly. In fact, while recent findings from ‘Smart Home Week’, found that 43% of Brits now own at least one smart product in their home, and 49% of UK consumers are familiar with the features and benefits of smart home products (according to research by ‘Ernst & Young (EY)’), the source of product advice for 50% of the 946 homeowners surveyed is either ‘manufacturers’ or ‘social media’.

Sellhousefast.uk also found little evidence of substantial change in purchase expectations. Over the next two year, some 45% of Brits want to install ‘smart lights’ over the next two years, which they can wirelessly adjust the brightness/colour of as well as schedule – as and when needed.

On the other end of the scale, ‘dash buttons’ (9%) – which are small Wi-Fi functioning devices that enable consumers to order their favourite product from a certain retailer at the touch of a button – was the smart technology which garnered one of the lowest amounts of interest from Brits wanting to get it within the upcoming one to two years.

When considering the methods Brits would explore for getting advice on smart home technology, most Brits would opt to do so by directly contacting a smart tech manufacturer (41%) like ‘Nest’ or ‘Hive’. Subsequently, 39% of Brits would use an internet search engine such as google to get more information on smart home device(s) they are interested in.

“The growth of smart home technology over the last few years has been phenomenal. Despite Brits being initially sceptical towards the technology, improved understanding and more affordable pricing has given smart devices greater appeal. This research certainly shows that Brits are beginning to have a firm grasp of the smart technology they desire and would be willing to actively use in their home. Looking into the future, with the integration of smart home devices expected to become a real incentive for prospective buyers/renters, the technology could play a fundamental role in increasing the overall value of properties”. 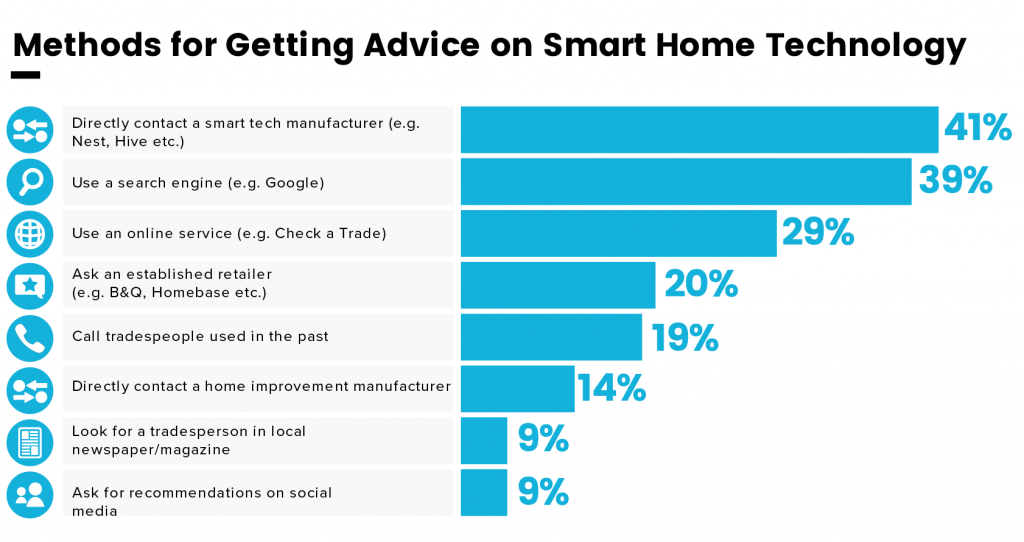 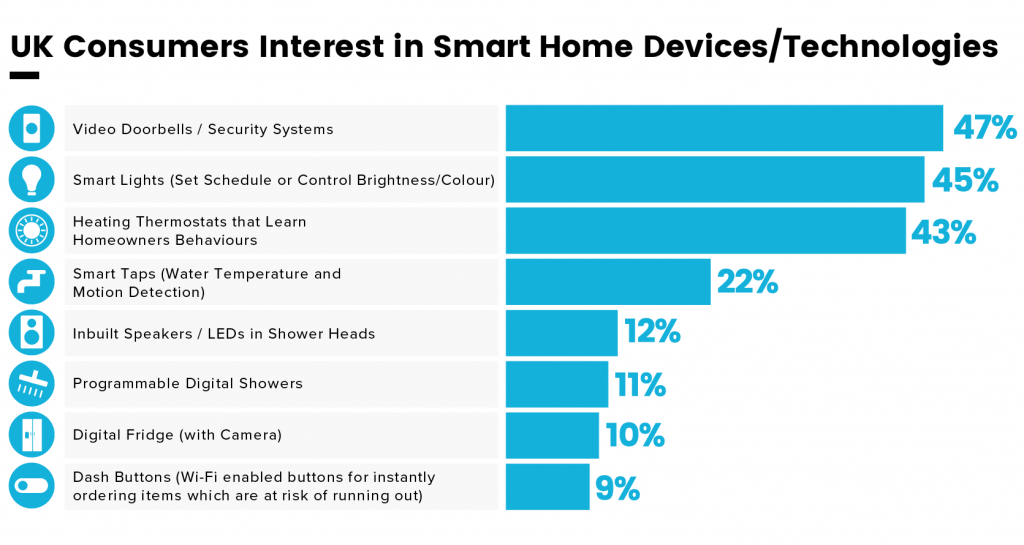 Invitation to a multi-cloud strategy webinar