In 2003, a company called DADA was formed and quickly became one of Scotland’s most innovative and successful PR & events management companies. We’ve been responsible for some of the UK’s most successful marketing campaigns; creating and selling out major events and driving global media campaigns.

Our line of work meant we attended a lot of launch parties and soon got bored seeing the same old industry insiders and Z-listers necking all the free champagne before running off with the goodie bags. So, we launched DADA Events: a unique online invitations service for Glasgow and Edinburgh.

We sent free invitations to the very best events in town, from movie premieres & bar launches to fashion shows & festivals, to the people that really mattered.

Combining our real local knowledge with our award-winning PR service, DADA helped launch some of the most successful & talked about businesses in Glasgow & Edinburgh.

DADA has gone from strength to strength, and DADA Events is now itison.com… but that’s not the only change. itison.com now sends brilliant daily deals and great events to hundreds of thousands of members throughout Scotland, letting you find the best things to do in your city. Some things, however, are the same as the very first days. itison.com is still totally free to join.

We still have our headquarters in the heart of Glasgow where it all started, and also now have teams living and working in Edinburgh, Dundee, Aberdeen & Newcastle. “We love what we do & we live what we do – we’ll only ever tell you about the best quality deals & events because those are the same bars, restaurants, salons & local businesses that we love going to,” said Oli Norman, founder and MD

Oli is the founder of itison and DADA. Having spent time cracking cases training as a lawyer, breaking royal scandals in the world of journalism and writing TV shows (as well as appearing in a few), Oli embarked on his real passion at 24, growing businesses and creating a place where he wants to work.

Oli’s first business, DADA, grew and achieved exciting results, and in 2008 Oli was named Ernst & Young Entrepreneur of the Year. In September 2010, Oli launched itison and the rest is history.

At work, Oli is focussed on strategy and innovation, helping itison enjoy exciting growth. He also owns Sloans, Glasgow’s oldest bar and restaurant, so he knows exactly how itison should work for businesses.

Innovation in the workspace

Itison has unveiled its world class headquarters in the heart of the Merchant City of Glasgow, following a £1.5million refurbishment project that delivers a cutting-edge collaborative workspace. What has now been called ‘Scotland’s coolest office’, the HQ boasts over 70 24MP59G-P LG monitors in its desk spaces, an integrated sound system (featuring 14 zones of industry leading audio clarity’ and over 20 LG commercial displays configured together to create an internal communications platform.

Itison enlisted systems integrator SSUK to specify the system, stating that it should reflect the communicative and collaborative ethos of the brand, utilising the latest innovations in gamification to engage its award-winning team.

In its reception space, visitors are met by a stunning 86-in 86BH5C UltraStretch LG display, with 4K resolution for full HD picture quality: the first of its kind to be installed in Scotland. The display is split-screen capable and can run up to four simultaneous images in wide 58:9 format. In true collaborative working style, video conferencing facilities are available throughout the office, with founder and CEO Oli Norman extending communications beyond the HQ with webcasting of his weekly town hall meetings to all of Itison’s UK offices.

Throughout the office, 47-in LV35A LG commercial displays are connected to a bespoke CRM system that utilises aggregated data directly from the company’s sales platform, social media channels, telephone system and email and web live chat. Data is then presented in a visually compelling way on the large format displays.

Multiple collaboration spaces are configured throughout, including a 10ft stained glass cube as a huddle space and boardrooms fitted with 47-inch LV35A LG displays connected through HDMI over CAT6. Next to the cube, a faux woodland tree coded with Raspberry Pi twinkles every time a new member joins the deals site.

The piece de resistance is the 38UC99-W 21:9 LG UltraWide curved LED monitor taking centre stage on Oli’s desk. With LG’s signature inbuilt IPS technology, the monitor allows a clear viewing angle of up to 178 degrees delivering an immersive experience to the user with absolutely no colour shift or distortion and total accuracy of colour expression.

“We all spend so much more time in our workplace than anywhere else these days and, while we all go to loads of effort to make our homes lovely, the office is usually an afterthought. But actually, if more people put as much effort into their office environment as their lounge, making it a relaxed and calm place to be, they are more likely to be working at their optimum”. 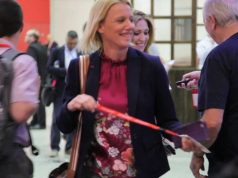 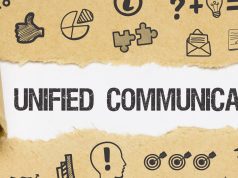 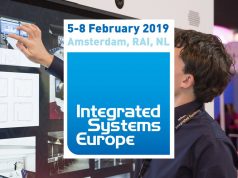 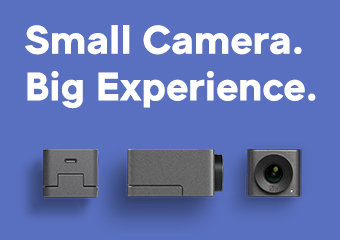 Explores the future and have fun at Sahara Tech Showcase 2018 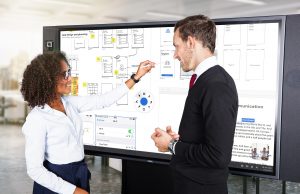 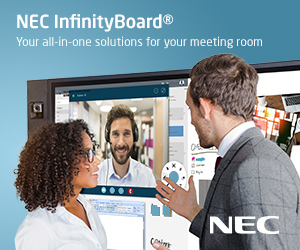 How much trust do you have in your Cloud Services Provider...

Copyright 2018 UC News | Managed by Pixel Beach
We use cookies to ensure that we give you the best experience on our website. If you continue to use this site we will assume that you are happy with it.Ok