UCN: Its obvious to me after using various solutions designed for video collaboration, that most are far too complicated, and that complexity is not always rewarded by quality and reliability. What is it that you have done that others have failed to do? Is it some secret piece of IP that the others don’t know about?

NW: It’s just relentless focus on quality – that’s one of the most important things we focus on, in addition from building functionality to solve different use cases. But the number one thing that’s important to us is the quality of our customer’s experience.

UCN: Broadband service across the UK is highly variable and can be pretty terrible outside the major cities. How do you get Zoom to work with any degree of consistency against that background?

NW: I don’t know that what we do is unique in terms of the theory, but it’s unique in terms of the implementation. We keep improving the algorithm. So, we do this thing called Adaptive Bandwidth. We chose the right resolution of video. We send up to three different video resolutions and if your bandwidth drops, we will resort to a lower resolution from, to say 720 60P. If its drops further, we go down further. And if this drops, we go down again, but all the time we will make sure that your audio is working because audio is more important than video if you have to sacrifice one of the two. After all, if you can’t hear me in a meeting, we don’t have a meeting! If the video is a bit choppy or not of super high quality, you can still hear me.

So, we prioritise audio and within the video we have layers built into the system. We resort to a lower layer if you don’t have the bandwidth to support higher quality. But, we have engineering talent focused on building a high-quality experience, even in bad network conditions We spend time and effort making sure it just works no matter what the customer’s situation might be, but there are limitations. Physics, right?

UCN: Zoom’s ease-of-use has universal appeal, ranging from the traditional market for video communication – the corporates – through to SMEs and even individuals. What challenges does this pose for marketing?

PB: We are going for a dual market strategy. We basically think anyone can use video communication. It’s valuable in the Fortune 500 enterprise – Walmart, for example, uses Zoom, Small businesses and Mom and Pop shops also need video communication. We’ve really done kind of a dual go-to-market strategy in terms of targeting both SMB and enterprise. And it doesn’t stop there. We also target education and tele-heath. We see use cases fir video everywhere.

UCN: With endpoints being so affordable now and the impact of the Cloud, the barriers to entry for video communication are so low, that it is almost universally available?

PB: Yeah, exactly. The barriers to entry for having video in your life are so much lower than they used to be. It used to have to be this $200,000 conference room, right, that no one could figure out how to use. Now, if you have a mobile device or a laptop, or a conference rom, you know it works across all of those, and we see huge market potential for that.

The UV News interview with Zoom took place on the eve of Zoomtopia – the annual user conference where a number of new announcements were made:

NW: Many of the new features and announcements are about making video easier to use [ making it so it “just works”. End-users and administrators should have an easier time using and managing the system. To that end we have introduced virtual backgrounds as a new feature, Users can convert their actual background into any background of their choice. It’s like a green screen without a green screen – identifying the subject from the background and superimposing the background. The feature is designed to encourage users to ”turn on that camera”, overcoming problems where users are taking part in conversations outside professional backgrounds, for example at home.

NW: The second of the Zoomtopia innovations is in the App marketplace. We have had an Appr SDK out for some time. But its now time to take it to the next level. We are announcing the Zoom App Marketplace, which is a platform for developing, testing and hosting Apps for browsing and deployment by users. We have 36 Apps in production today and the number keeps growing. The use cases are endless. Examples include integration with Slack and Teams, but also Apps specific too verticals. Artificial antecedence in the Zoom Chorus App provides sales analytics to provide insights to sales teams about what is and what’s not working.

NW: Zoom Appliances is the next set in the development of Zoom Rooms. Customers have been asking for help when deploying the different peripherals needed when setting up Zoom Rooms: “Why don’t you give me all this in one thing which has everything built-in, so I can just plug it in, and it works from the het-go,” hey ask. So, we created this, with partnerships with our hardware vendors, as the Zoom appliance. It is all in one with a camera, microphone, speaker and display controller built-in. It comes preloaded with the |Zoom Rooms software so the customer just plugs it in, boots it up and it’s ready to go.

UCN: Will these appliances be branded Zoom?

NW: For now, they will be branded as they are – Dell or HP – and sold through the same channel as Zoom Rooms. But to be clear, Zoom is not becoming a hardware seller. 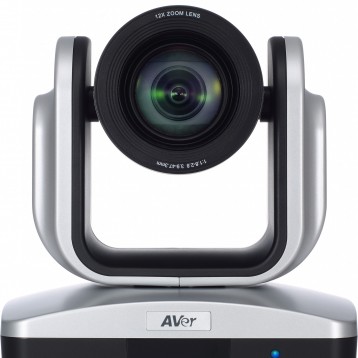 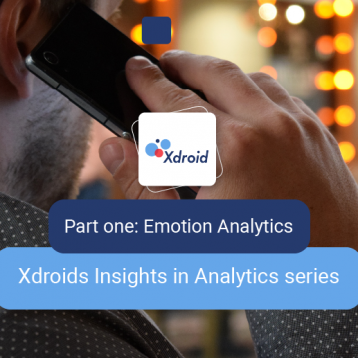 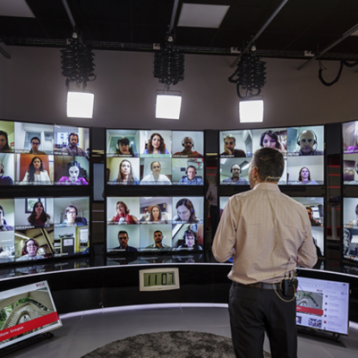 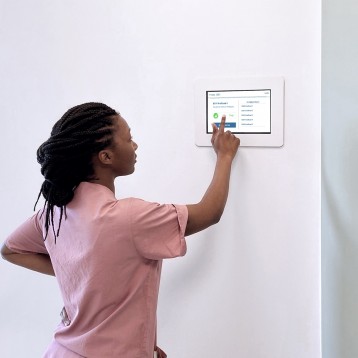 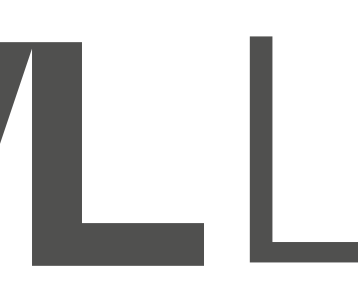 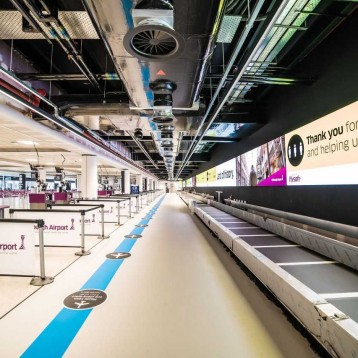 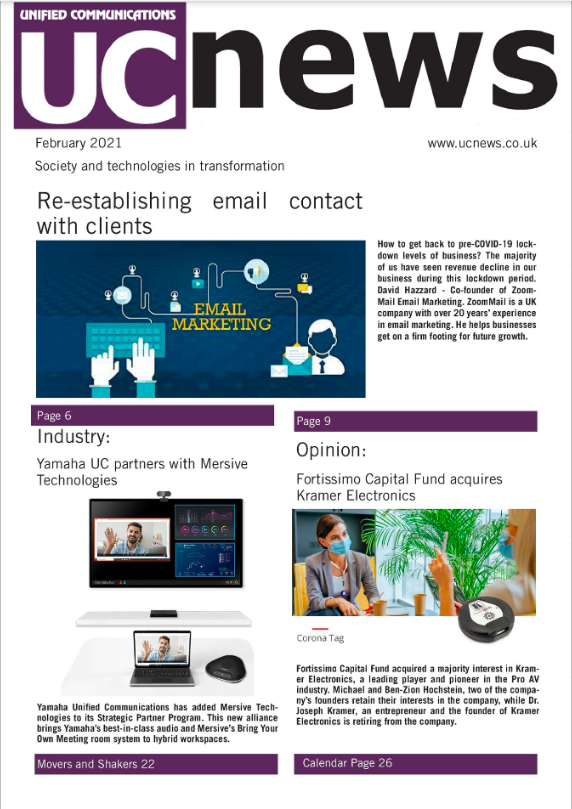 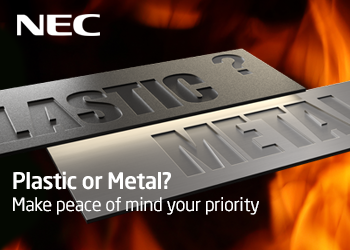 Invitation to a multi-cloud strategy webinar

We use cookies to ensure that we give you the best experience on our website. If you continue to use this site we will assume that you are happy with it.Ok